This week, Operation Fistula (as part of the #Viz5 initiative) provided a dataset that looks at female genital mutilation (FGM) in Tanzania.
What is Viz5?
The ultimate goal of Viz5 is to create a space where data advocacy and insights meet impact.
This work seeks to ignite a data advocacy effort with the power to not only raise awareness of
extreme gender inequality, but also catalyze global action to end it. Viz5 is led by Operation Fistula, with #MakeoverMonday and Tableau Foundation operating as critical partners.
FGM in Tanzania
The theme for this month's (and this week's) Viz5 initiative was FGM. The World Health Organisation describes FGM as “all procedures that involve partial or total removal of the external female genitalia, or other injury to the female genital organs for non-medical reasons".
In Tanzania, approximately 10% of women aged 15 to 49 report having undergone FGM, but prevalence is much higher in the Mara region at 32%. The prevalence of FGM varies greatly by ethnic identity and within Tanzania these procedures are predominantly performed as a component of girls’ social initiation. Some groups, such as Kuria and Maasai people, have historically performed these procedures, while most others have not.
Hope for Girls and Women runs two safe houses in the Butiama and Serengeti Districts of the Mara Region of Tanzania, which shelter and support those fleeing FGM, child marriage, and other forms of gender based violence. You can read more about this month's Viz5 and download the supporting data and documentation here.
Original viz 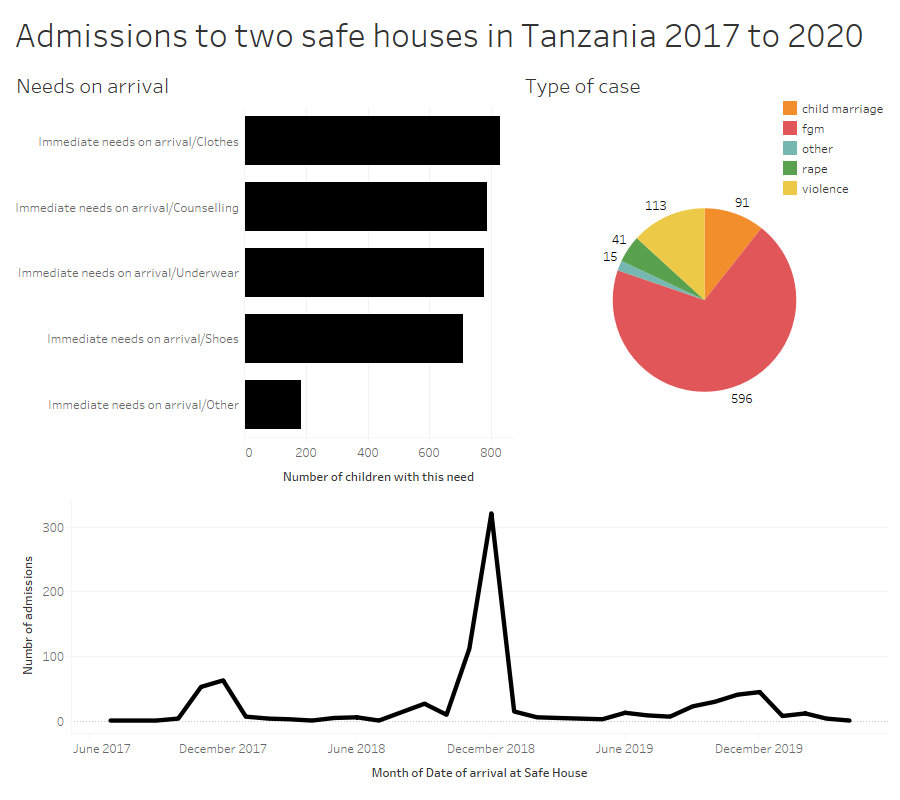 The original viz supplied was fairly simple in its analysis.
What I liked
What could be improved
The approach
I wanted to take a more simple approach this week and focus more on storytelling. It's an area I'm sure we can all become better at.
I drew out a skeleton for the story that went
Background
The background image was created in Figma.
I wanted each part of the viz to have its own space and I wanted them to be spaced out. Admittedly there was a lot of going back and forth with Tableau and Figma as I built the visualisations, as some needed more space than I had initially allocated and some needed less.

The map
I used the supplied spatial file to join to the dataset to produce the map. 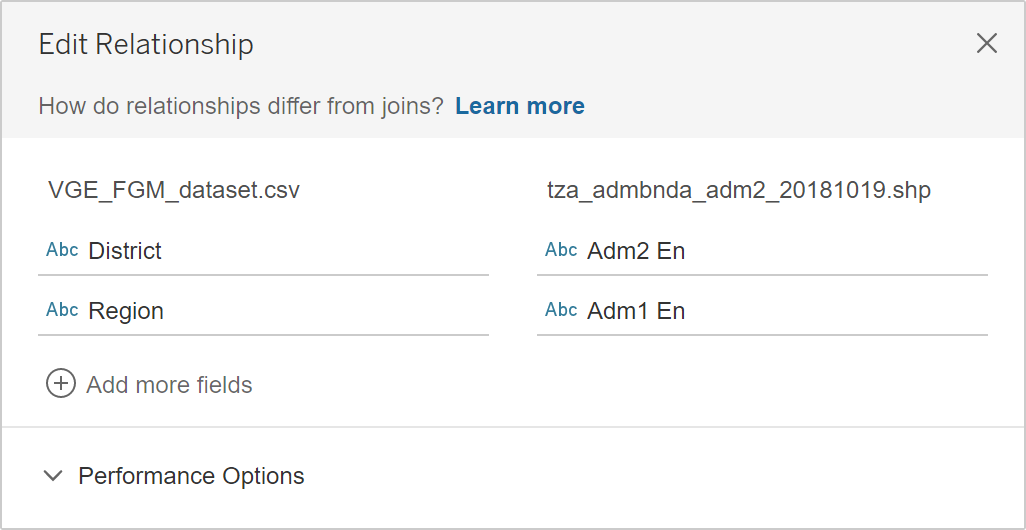 Spatial files come with a field called 'Geometry'. Drag the 'Geometry' field into the Details pane to render the map.
Other visualisations
I kept all other visualisations simple with bar charts or line charts for fear of losing emphasis on the story.
The text was taken from the supplied document in the dataset and I added some commentary based on the insights generated.
A table was added to show the details of all 851 girls/women recorded in the dataset. As you can see, it was difficult to put all the fields into the space I had on the dashboard so the headings for the measures are not readable. This viz was placed into a container and hidden using a show hide button.

Finally, I added a filter menu and a table to provide an alternative view of locations than the map.

You can interact with the viz below or view on my Tableau Public profile.
Makeover Monday Operation Fistula Viz5