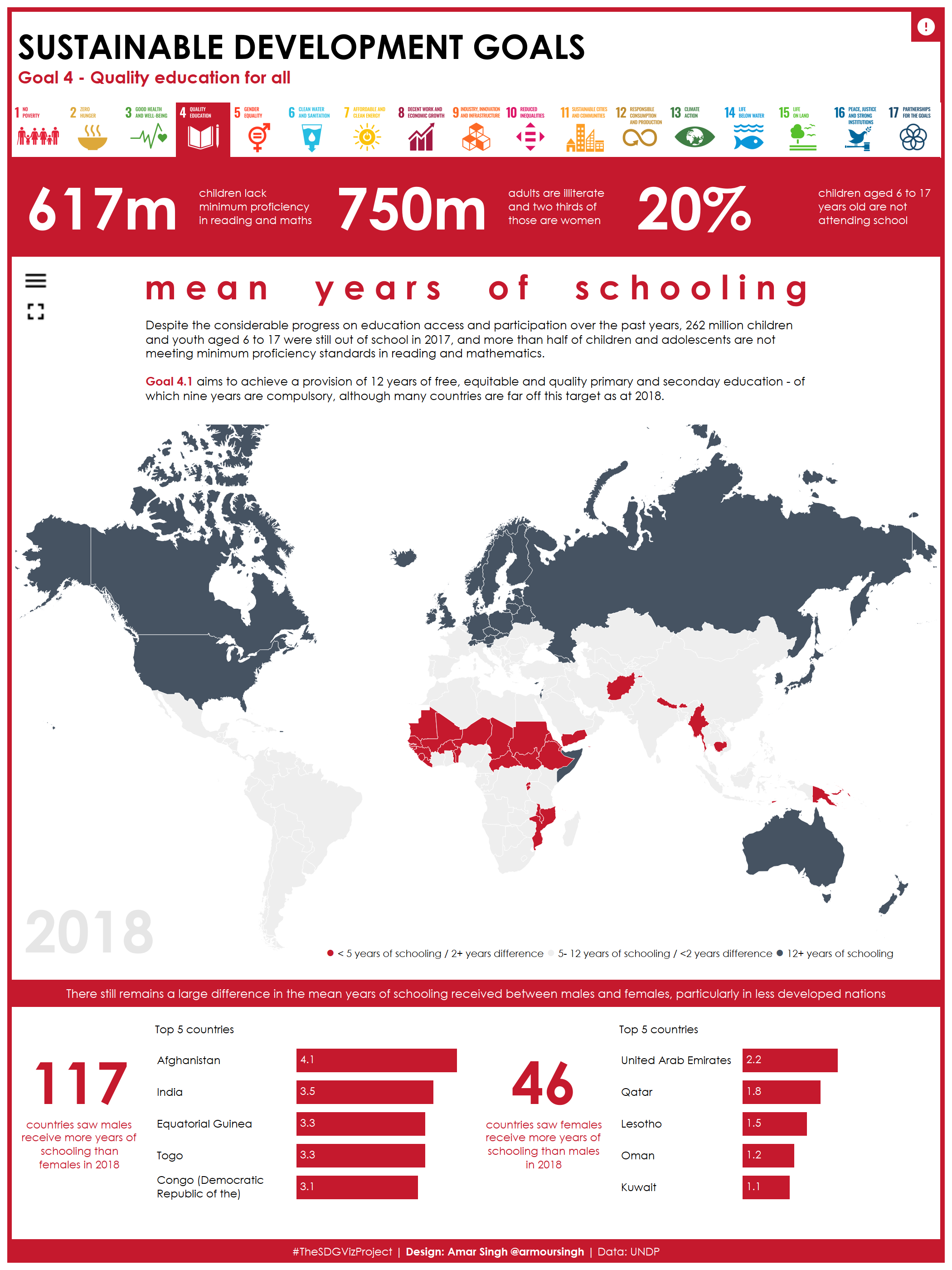 The Sustainable Development Goals - Goal 4 looks at quality education.
What are the Sustainable Development Goals?
The Sustainable Development Goals (SDG’s) were created and adopted by all UN Member States in 2015 as part of a 15-year plan to end poverty, protect the planet, and improve the lives and prospects of all persons.  Although there has been incredible progress over the last 5 years, the speed and scale is not enough to meet those goals by 2030.
What is #TheSDGVizProject?
The Tableau community initiative was started by Brian Moore, Jacqui Moore and Vinodh Kumar to help raise awareness of the Sustainable Development Goals. You can read more about it on their website.
Goal 4 - Quality education for all
Goal 4 looks to ensure inclusive and equitable quality education and promote lifelong learning opportunities for all.
Building a better world starts with education. There has been tremendous progress over the last decade to expand access to, and increase enrollment in, schools at all levels, especially for women and girls. However, roughly 265 million children are still out of school and over 58 million of those are primary school age. Some of the reasons behind the lack of quality educational opportunities in some regions include: lack of adequately trained teachers, poor school facility conditions, and inequity in opportunities offered to rural children. According to the U.N., in order to provide quality education to children of impoverished families, investment is needed in educational scholarships, teacher training, and the building of schools as well as improvements in water/electricity access for existing schools.

Here are some statistics on education from the United Nations:

The theme
It was fairly difficult to decide on a theme and dataset to work with. I opted to look at mean years of schooling around the world as its evident that not all children have the opportunity to start and complete education equally across the globe. Goal 4.1 aims to provide children with at least 12 years of free, quality education - of which 9 years are compulsory.
The data
The data was downloaded from the United Nations Development Programme Human Development Reports. I downloaded three datasets, one for each sex and one for the totals, and then unioned and pivoted the data in Tableau

Layout
I've been following a consistent template for my #TheSDGVizProject submissions so the layout was fairly simple to follow.
Click the images to be taken to the respective dashboards on Tableau Public. 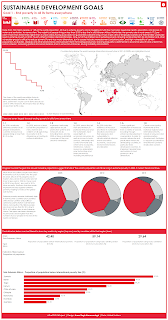 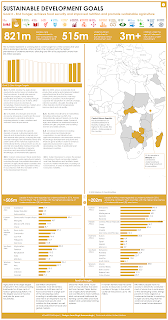 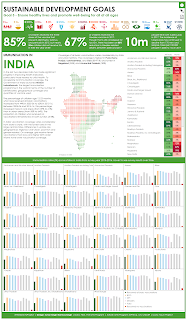 The icons at the top represent each of the 17 SDGs with a row underneath showing some headline statistics.
Map
The map shows the mean years of schooling. A parameter is used to select:
The colours are as follows: 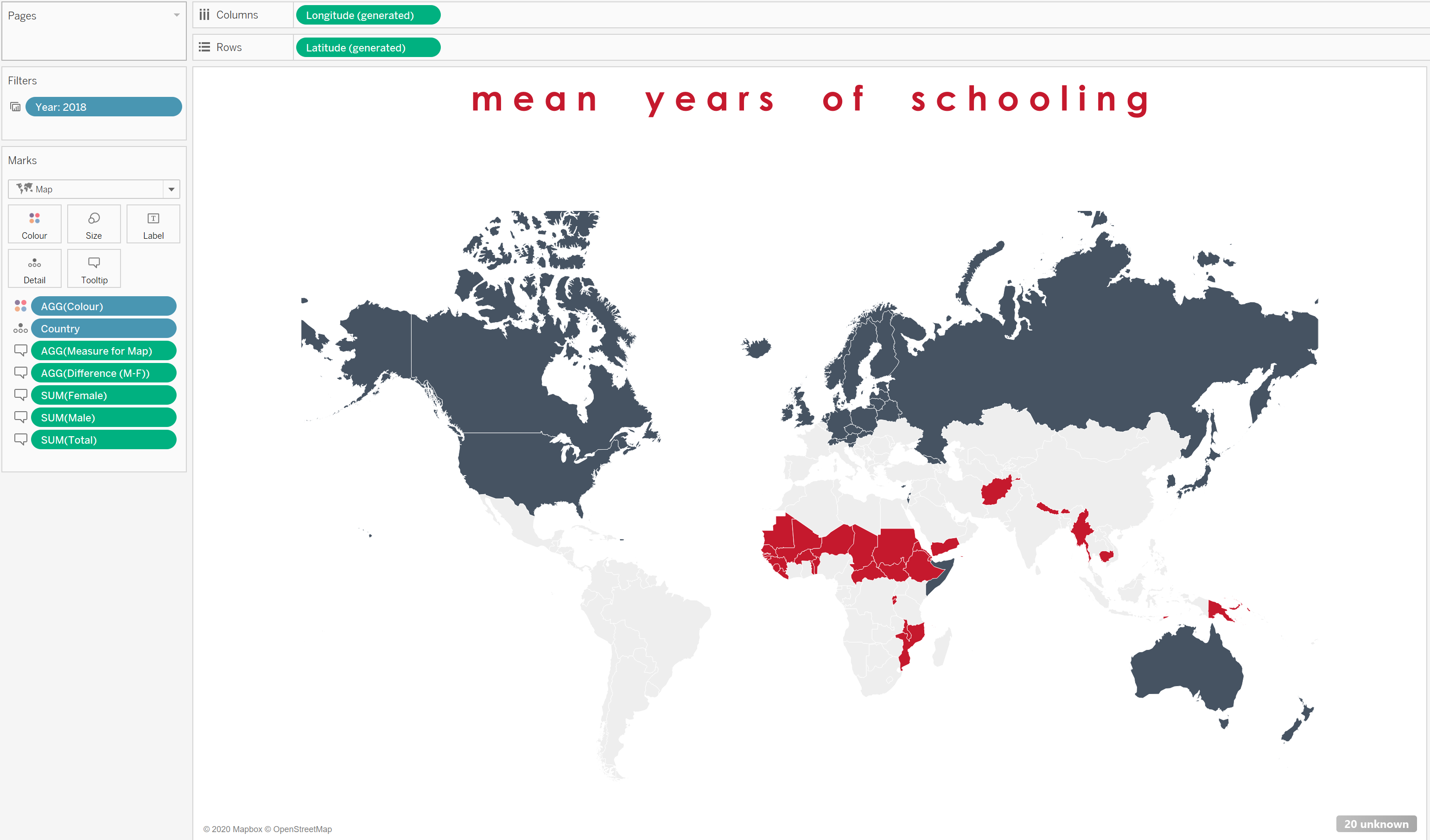 Dumbbell Chart
The dumbbell chart was used to highlight the differences in years of schooling between males and females, by country.
The chart is sorted using a calculated field driven by a parameter. 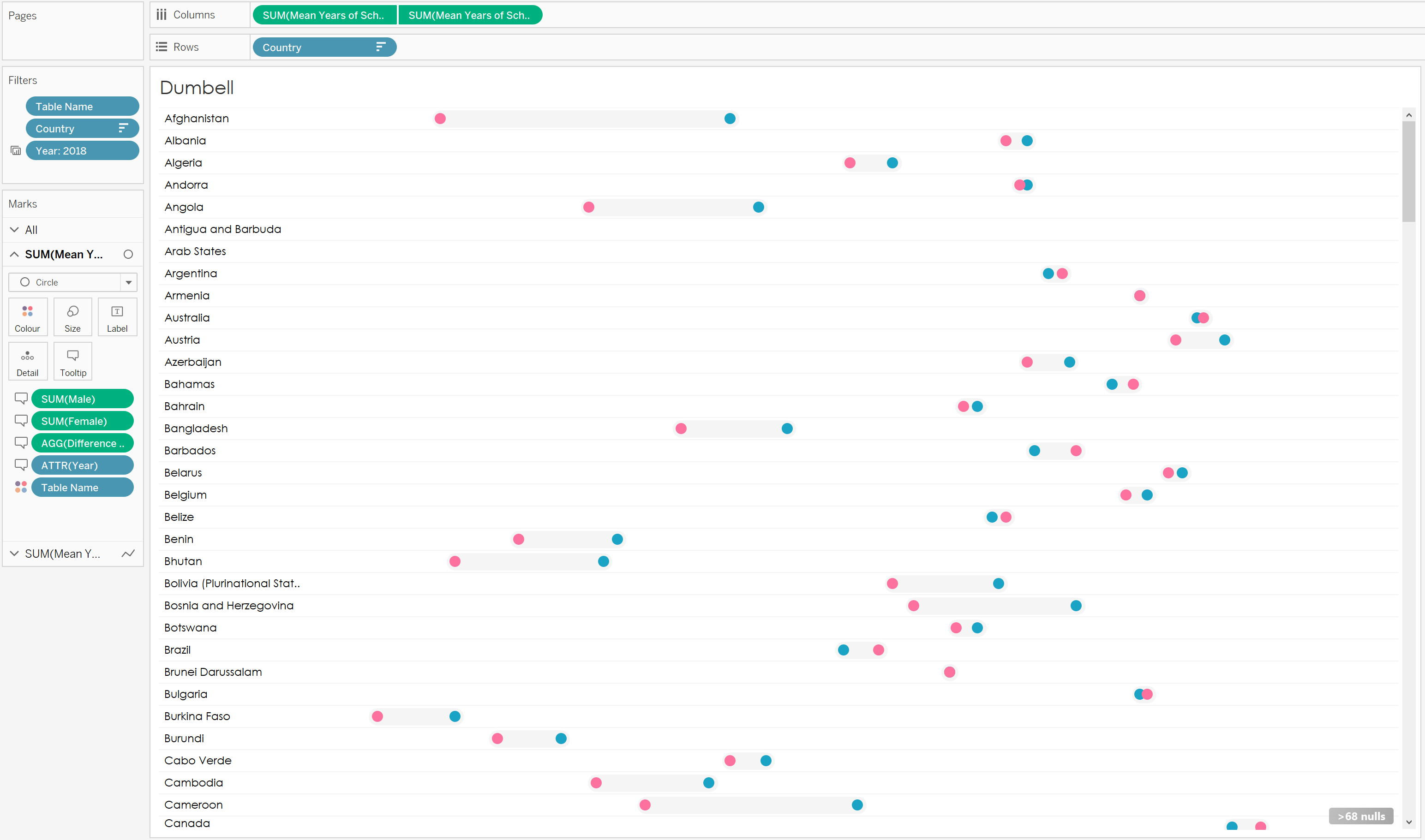 Differences in years of schooling
The four worksheets at the bottom of the viz show, for the selected year:
Putting it together
The worksheets are put together using tiled containers, except for the dumbbell chart which is floating. The dumbbell chart sits inside a container to allow a show/hide button to be used, this allows the user to show and hide the dumbbell chart.
The filter panel is also in a floating container and assigned to a show/hide button.
You can interact with the viz below or view on my Tableau Public profile.
TheSDGVizProject